Warning: sizeof(): Parameter must be an array or an object that implements Countable in /home/stephen1/public_html/rockymountainexpressfilm.com/wp-content/plugins/wordpress-firewall/wordpress-firewall.php on line 245
 Making Of | Rocky Mountain Express

Rocky Mountain Express is a culmination of filmmaker Stephen Low’s remarkable 30-year career shaping films for the giant screen. Kindled in childhood, Low’s love of high-fidelity cinema and his fascination with the steam locomotive have come together in the new production—a giant screen experience that brings alive the magic and drama of the steam age for audiences of all ages.

THE MAKING OF ROCKY MOUNTAIN EXPRESS 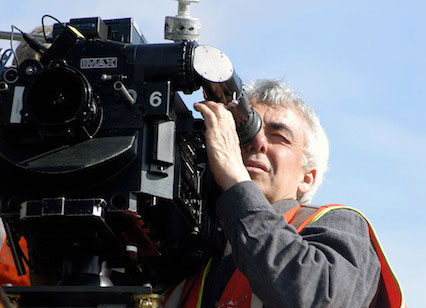 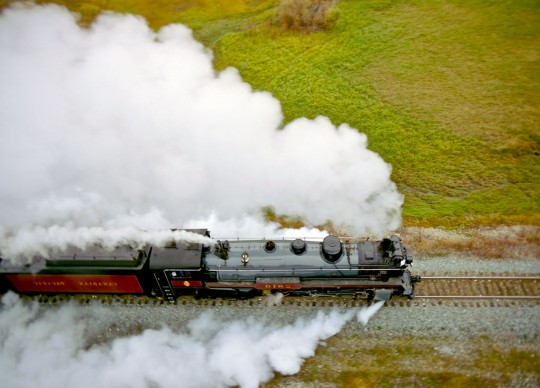 The film itself has been in production for five years (since 2006), as the production team worked to schedule perfect shooting opportunities with the star of the project, the Empress (CPR 2816), a steam locomotive built in 1930 and now restored and operated by the Canadian Pacific Railway. Low filmed extensively from the air using a helicopter and gyro-stabilized camera mount to capture the train’s journey and the great diversity of the western landscape. “Ultimately, we mounted IMAX cameras all over the train as well,” says Low. “We wanted to give audiences an intimate ’being there’ experience of steam power and this magic place that even train engineers don’t get to experience.”

As the film unfolds, the kinetic train journey is punctuated with richly animated 3D maps and lovingly restored archival images that give audiences deep insights into the dramatic story of shaping a transcontinental railway through some of the most beautiful but forbidding terrain on Earth.

The production was filmed with full 15/70 negative—world’s largest film format, guaranteeing spectacular image fidelity on the giant screen. Sound, too, is a vital part of the experience and the team has carefully and faithfully captured and rendered in six-channel sound the remarkable symphony of sonic moods produced by a locomotive, matching this with an original musical score by celebrated composer Michel Cusson

Aerial shooting played a key role in cap- turing the train journey and the diversity of landscapes in Rocky Mountain Express. Below left: filmmaker Stephen Low with pilot and Spacecam camera operator. 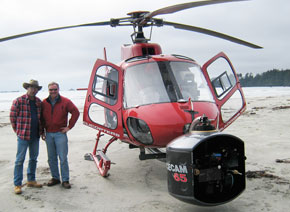 The pilot Steve Flynn (on the right in red jacket) is one of the best cinema pilots in the world and a key to amazing photography and the film crew’s survival both. Controlled from inside the helicopter by the superb operator-DOP Ralph Mendoza (Shown on the left in cowboy hat) the possibilities are almost limitless. 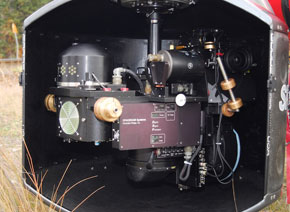 The Chopper used on Rocky Mountain Express is an Aerostar Squirrel. With a single engine it has tremendous power to weight capabilities essential in mountain photography.

To achieve a truly kinetic “being-there” experience for the giant screen, the camera was mounted on various locations on the locomotive itself: from the cowcatcher on the front of the engine to the driving wheels. 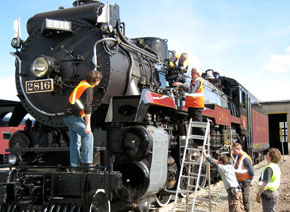 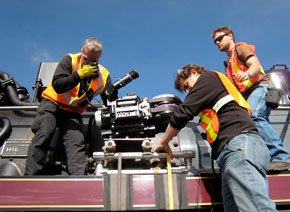 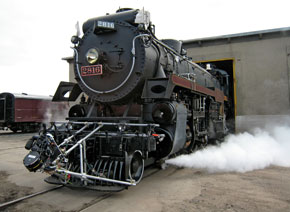 The IMAX® camera mounted on 2816. The locomotive mounts designed and built by Montreal master grip Claude Fortin are extraordinarily rigid and particularly this one—so far out in front of the rough riding locomotive. The further out, the greater the moment and the more violent the camera is thrown about. In spite of the superb mounts, film- ing was restricted to modest acceleration on flat ground. While climbing steep grades under hard acceleration the camera would be nearly torn off and certainly the shots would be unusable. 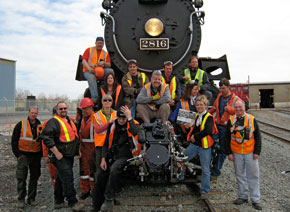 The Imax crew poses with steam crew. It doesn’t take long before everyone is equally coated in soot and grease. 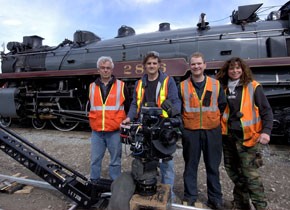 The Imax camera sits on a crane in the fore- ground as the crew prepares to shoot a night sequence with the engine. 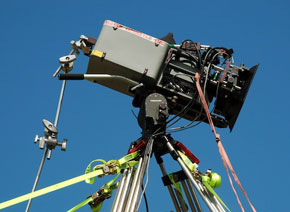 The Imax camera sits on the tender of the locomotive. Straps secure it as hard as pos- sible to avoid the ever present vibration and lurching motion on the steam locomotive. CPR executive Mark Seland (right) discusses a shot with Director Stephen Low as the camera crew prepares the Imax camera on the running board of steam locomotive 2816. The extent of cooperation by the railroad in the making of this film was very likely unprecedented in the history of film. 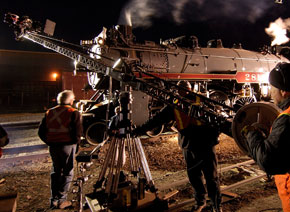 A crane is used to film the arrival of the train at night. 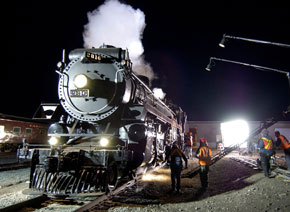 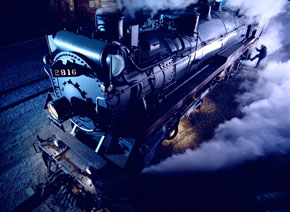 A scene from Rocky Mountain Express.

In the age of steam, entire communities lived to serve the appetites of these great machines, every hour of the day, every day of the year. 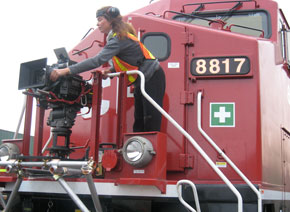 First assistant camera Carla Clarke prepares the Imax camera on the front of a brand new GE diesel locomotive for a sequence in the film. Beyond seventy miles an hour the diesel would be left behind. 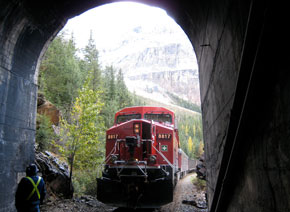 80 years newer than the film’s hero steam locomotive 2816, the diesel locomotive’s horsepower is not much greater. While the diesel generates 4,400 horse power at slower speeds (for lifting heavy freight trains) the steam locomotive was built for speed and fast passenger trains. 2816 regularly traveled over a hundred miles an hour in passenger service. 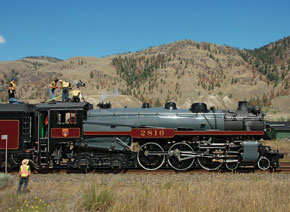 The camera is prepared for a shot forward over the boiler. Grease and water will soon cover the camera and lens and it must be cleaned between shots. 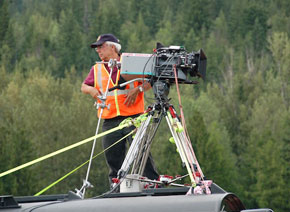 Director Stephen Low prepares a shot on the cab roof of the locomotive. 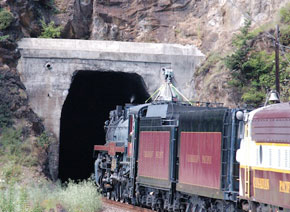 Although the height of the camera was measured carefully to conform with what is called the loading gauge of the railway or the maximum dimensions allowed, the train was stopped in front of the first obstruc- tion encountered just to double check. It fit very tightly. One of the issues with tunnels is that steam locomotives produce powerful exhaust blasts that can loosen decades of built up diesel soot and throw it back on the train and the camera. 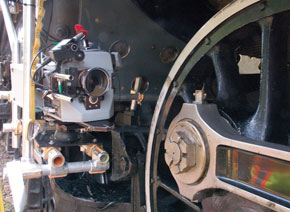 The camera is prepared for a shot looking forward past the locomotive’s giant driving wheels. 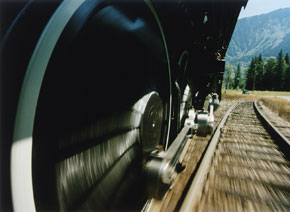 The shot from Rocky Mountain Express.