Warning: sizeof(): Parameter must be an array or an object that implements Countable in /home/stephen1/public_html/rockymountainexpressfilm.com/wp-content/plugins/wordpress-firewall/wordpress-firewall.php on line 245
 Locomotive 2816 has Cameo in NFB’s End-of-the-Line | Rocky Mountain Express
TSLC
2 Comments
updates

Locomotive 2816 has Cameo in NFB’s End-of-the-Line

The star of “Rocky Mountain Express” makes an appearance in the last minutes of “End-of-th-Line” a 1959 National Film Board of Canada documentary that explores the last days of steam.

See the film online on the NFB’s website: http://www.nfb.ca/film/end_of_line/

Choose “High Quality” if you can for best viewing provided internet speed is working for you.

Directed by Terence McCartney Filgate and produced by Roman Kroitor (one of the founders of IMAX Corporation) and Wolf Koenig, “this documentary short offers a nostalgic look at the steam locomotive as it passes from reality to history.” The film includes interviews with many veterans of the steam era, including author and historian, Omer LaVallee. Locomotive 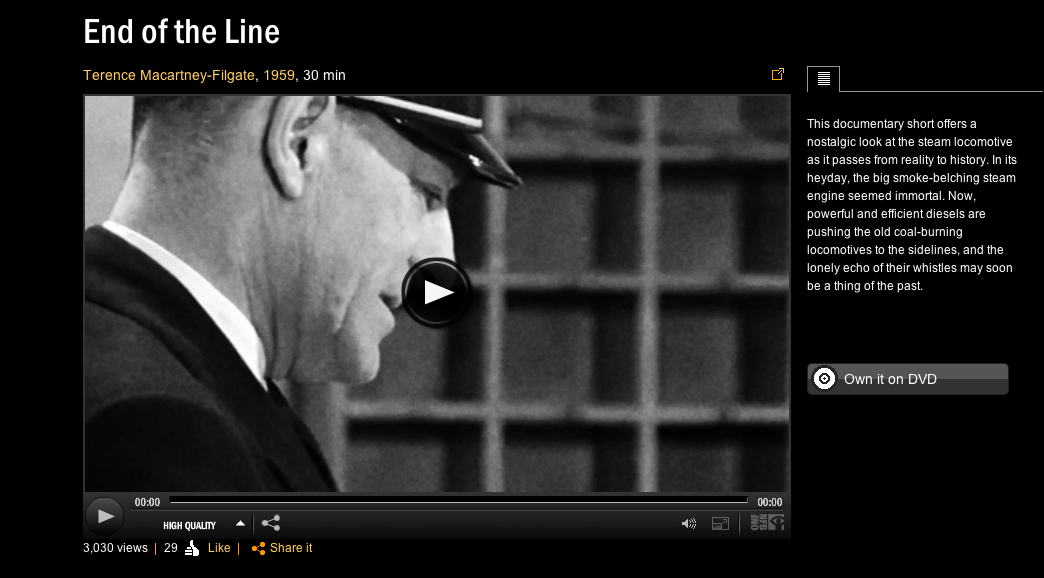 "End of the Line" can be seen on the NFB Website

2816 makes an appearance in the last minutes of the film, blasting along at high speed in a tracking shot. This was just before the engine was taken out of service in 1960.

Warning: count(): Parameter must be an array or an object that implements Countable in /home/stephen1/public_html/rockymountainexpressfilm.com/wp-includes/class-wp-comment-query.php on line 399

Your email address will not be published. Required fields are marked *

High impact storytelling is what our work is all about. From filming the Titanic in the deep Atlantic to capturing super-sonic air combat exercises and the action of championship auto racing, The Stephen Low Company has established a unique record of cinema innovation and achievement. The team has pushed the frontiers of 3D, giant screen drama and natural history filmmaking—reaching vast audiences around the world with original, engaging and visually dramatic stories.