Warning: sizeof(): Parameter must be an array or an object that implements Countable in /home/stephen1/public_html/rockymountainexpressfilm.com/wp-content/plugins/wordpress-firewall/wordpress-firewall.php on line 245
 Filmmaker | Rocky Mountain Express

Rocky Mountain Express is the passionate undertaking of Canadian filmmaker Stephen Low, director of more than fifteen projects for the giant screen. Low’s enthusiasm for trains was kindled as a child on visits with his father to the rail yards in Montreal in the late-1950s when the last of the great steam locomotives were still in service. Later, out of University in the early 70s, Low worked as a brakeman on freight trains on the Canadian Pacific Railway before ultimately turning his attention to the craft of filmmaking and a thirty year career shaping extraordinary experiences for the giant IMAX® screen.

Stephen Low never tackles the simple subjects. This Montreal-based filmmaker has strapped cameras to the surfboards of world-champion surfers (The Ultimate Wave Tahiti); put a camera right in the cockpit of a screamingly fast Indy car (Super Speedway); he’s taken audiences closer than any camera has ever been to birds in flight (Skyward); delivered more experiences in the IMAX® 3D medium than any other director; and he’s one of a relatively small number of human beings privileged enough to have traveled to the abyssal depths of the ocean — first, to film the wreck site of the Titanic for his film Titanica, and then to the Mid Ocean Ridge to tell the story of the discovery and exploration of hydrothermal vents in Volcanoes of the Deep Sea. These are just a few of the highlights from an extraordinary career.

Stephen Low’s attention to his craft, storytelling passion and innovative approach to filmmaking have resulted in over 75 awards worldwide, including a Kodak Vision Award for Lifetime Achievement. Low’s unique creative vision and storytelling ability, together with his persistence on typically complex and large-scale projects, has yielded an extraordinary body of work recognized and enjoyed by audiences around the world.

With Rocky Mountain Express, the award-winning filmmaker has trained the camera lens toward one of his greatest passions and shaped a cinematic experience that brings to life the steam era and explores the one of the most critical moments in the shaping of the Canadian nation—the building of the young Dominion’s first transcontinental railway.

Beginnings. Born in Ottawa and raised in Montreal and southern Alberta, the young Low was no stranger to film. His father, Colin Low, is a distinguished documentary filmmaker and cinema pioneer who’s career at the National Film Board of Canada spanned over 50 years and garnered the institution a legion of awards, including nine Oscar nominations. Stephen Low studied political science at Lakehead University in Thunder Bay, graduating in 1973. He began his film career in 1976, working as a cameraman and editor in Newfoundland and directing his first giant screen film, Skyward, in 1983.

Recently Released. Released in June, 2011, Rescue (3D) engages audiences in the international response to the Haiti earthquake and follows the experiences of 4 individuals who’s military and civilian training and roles take them into emergency situations like Haiti. Released in 2010, The Ultimate Wave Tahiti features nine-time world surfing champion Kelly Slater and Tahitian surfer Raimana Van Bastolaer in a 3D film about the art and science of waves and wave riding. Legends of Flight, a 3D production on aviation, follows the creation of a next-generation jetliner and transports audiences into the skies to explore the evolution of flying technology and its inspiration in nature. 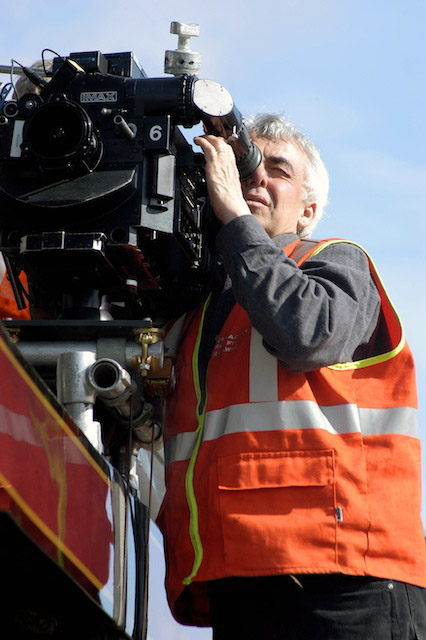